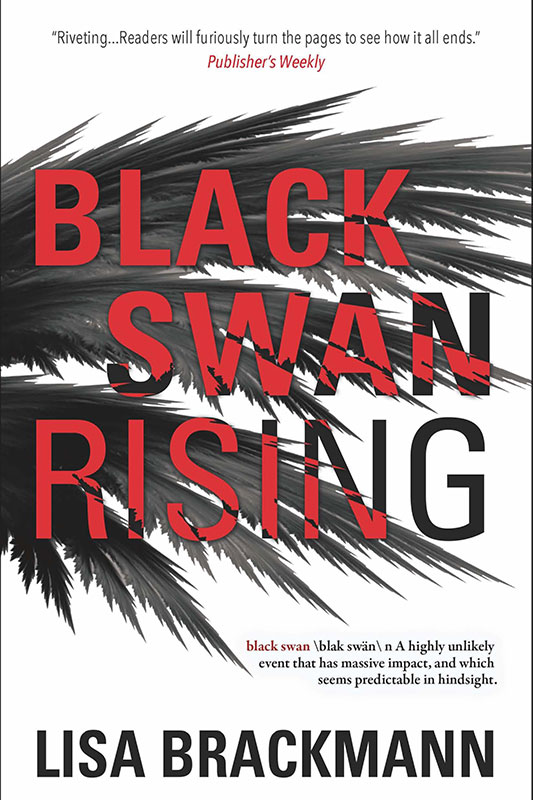 Sarah Price wants a career in politics. But she has a secret past that won’t stay past, threatening her job on a San Diego congressman’s reelection campaign.

Casey Cheng wants a story. An ambitious local television reporter, Casey needs to get her career back on track after being seriously injured in a mass shooting. When she investigates the man who nearly killed her, she finds a connection to a group of online harassers called #TrueMen–and realizes her shooter may not be the only killer they have inspired.

Casey’s investigation and Sarah’s secret put them both in the crosshairs of a hate group that targets anyone they’ve deemed to be against their cause, including Sarah’s boss, the congressman. Now Sarah and Casey have a choice to make–do they hide? Or do they fight back?

In late fall 2013, I moved back to my hometown of San Diego after two and a half decades away. It’s not like I’d been a stranger all that time—I’d been living up the freeway in Venice Beach, and I visited San Diego frequently. But visiting a place and living in it are two different things. The city of my birth had changed – a lot. It was bigger, busier, more diverse. I spent a lot of time taking very long walks around different parts of the city, particularly around Clairemont, where I’d gone to high school. I’d always thought of Clairemont as the absolute burbiest of the burbs—a middle-to-working class community of tract houses that sprawls over a large area north of the 8 freeway and east of the 5 and the bay. My high school, Clairemont High, was the real life inspiration for “Fast Times at Ridgemont High.” That should give you some idea. 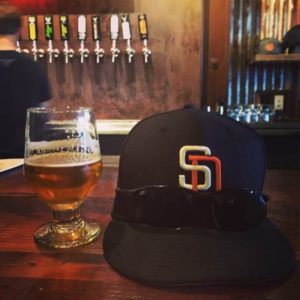 On foot, I was finding Clairemont to be a lot more interesting than I’d remembered – downright weird at times, in fact!

Oh, and the beer! San Diego can credibly claim to be the craft beer capital of the world, with 152 operational brewhouses as of 1/30/18.

Politically San Diego was no longer the conservative military town of my childhood. In fact, Clairemont had become a swing district, electing a Democrat to the House of Representatives for the first time in 2012. But in 2014 this was still most definitely a swing district – and the Congressional race that year was heavily contested. At the time more money was spent on this race than any other congressional race in history. The advertisements were constant and the attack ads, ubiquitous and incredibly nasty. I’ve always been a political junkie, and I watched it all, fascinated and repelled.

Another thing going on at that time that I found fascinating and repelling: GamerGate. 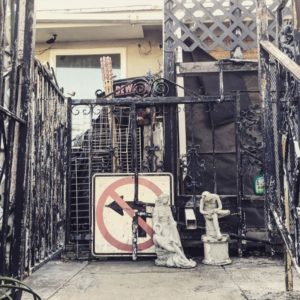 In case you missed it, “GamerGate” was ostensibly about ethics in journalism covering the online gaming industry. What it really was about was attacking and shaming women involved in that industry who dared to advocate for more inclusive and more women-friendly games or even examine the kinds of sexist and racist tropes common in gaming. These attacks ranged from constant online harassment of women, people of color and at times, their male allies to doxing, “swatting” (calling in a fake police report to provoke a SWAT team response on a target) and real-life death threats.

The internet has long been hostile territory for women and people of color, but this was several steps beyond anything that had gone on before, with subReddits and other chat boards used to organize and coordinate attacks.

GamerGate was not taken terribly seriously by many. After all, it was just the internet, right? If you can’t take the heat, get out of the kitchen. Or more accurately, get back into the kitchen where you belong. The virulent misogyny behind this “movement” was undeniable, but for whatever reason, online platforms and commentators were slow to respond in any positive way.

Here’s the thing, though. Misogyny is frequently the canary in the coalmine.

It is not a stretch to say that the current “Alt-Right” movement, up to and including Neo Nazis, grew out of GamerGate, sharing ideologies and adopting their methods of online organization and harassment.

“Before white supremacists, neo-Nazis and white nationalists marched in Charlottesville, Virginia in August they were organizing behind a computer screen,” according to a video piece by NBC News. “And a lot of that organizing happened through a messaging service called Discord which was original created to connect video game players to one another. This is just the latest in the long-running, shared history between the gaming community and the alt-right.”

Something else I found fascinating and appalling became another key element of BLACK SWAN RISING: Mass shootings, in particular the constant drumbeat of these stories, of deaths, of a media storm over a particularly violent incident that quickly subsides and is replaced by the next mass slaughter, to the accompaniment of meaningless “thoughts and prayers.” 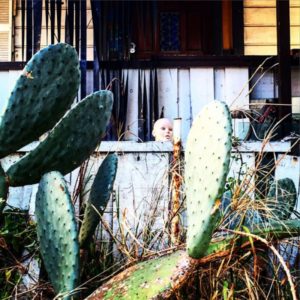 Elliot Rodger, the Isla Vista shooter, is just one example. “I will punish all females for the crime of depriving me of sex,” he wrote in a document outlining his massacre plans. “They have starved me of sex for my entire youth, and gave that pleasure to other men. In doing so, they took many years of my life away.”

“I will arm myself with deadly weapons and wage a war against all women and the men they are attracted to. And I will slaughter them like the animals they are.”

Another common thread? Racism and other “Alt-Right” beliefs.

From Rodger, again: “How could an inferior, ugly black boy be able to get a white girl and not me? I am beautiful, and I am half white myself. I am descended from British aristocracy. He is descended from slaves. I deserve it more.”

“How could an ugly Asian attract the attention of a white girl, while a beautiful Eurasian like myself never had any attention from them?”

I wrote the first chapter and a pitch for BLACK SWAN RISING in mid-2014, and then put it aside to write GO-BETWEEN. I ended up writing most of BLACK SWAN RISING in 2016. All I can say is that watching the political events unfold as I was writing was another peculiar mix of fascinating and appalling. There were times that I was afraid to write down what was in my head because I was scared that it might actually happen in front of me. I know, rationally, that this is ridiculous. But I felt a bit like Casey Cheng, one of the heroines of the novel, a reporter who by giving something a name fears that she’s helped bring it to life.

This was not an easy book to write. Generally my books have a lot more humor to them than this one does. But I felt that it was an important book to write, and a necessary one. Maybe one thing that the #MeToo era has shown is that we need to call these things out, to give them names, to bring them into the light, if we truly want to defeat them. 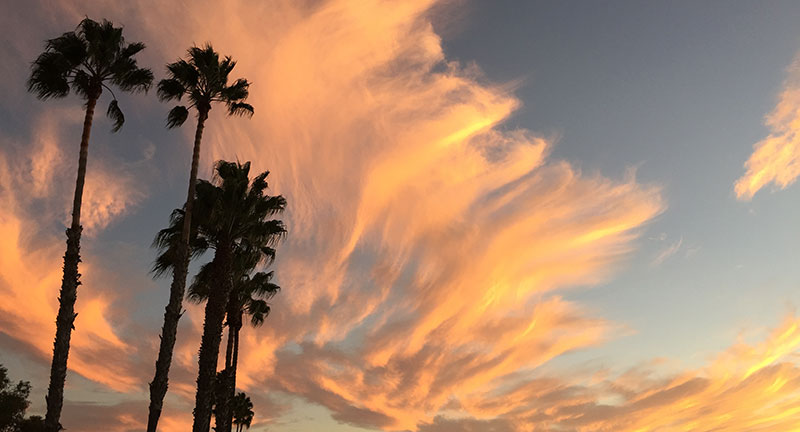