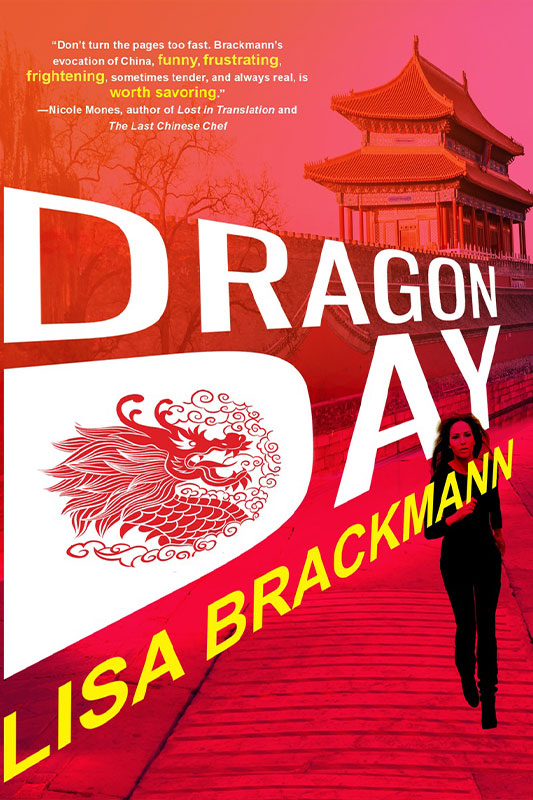 Ellie McEnroe is an Iraq War vet living in Beijing, where she represents the work of cutting-edge Chinese political artists. She has one bum leg, a taste for dumplings and beer, and an evangelical mother and a sweet-tempered rescue mutt for roommates. She also has Chinese Domestic Security on her tail and a dwindling number of Percocets to get her through her bad days. 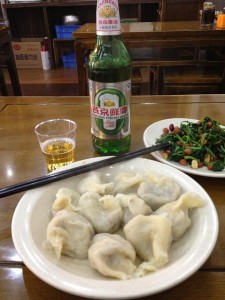 just as an FYI, this is Ellie’s favorite meal

When a waitress is murdered at one of Tiantian’s parties, the last thing Ellie wants is to get sucked into a huge scandal involving members of China’s rich and powerful elite. But when Ellie quickly becomes the most convenient suspect, she realizes she’ll have to figure out who really did it—and even that might not be enough to save herself. 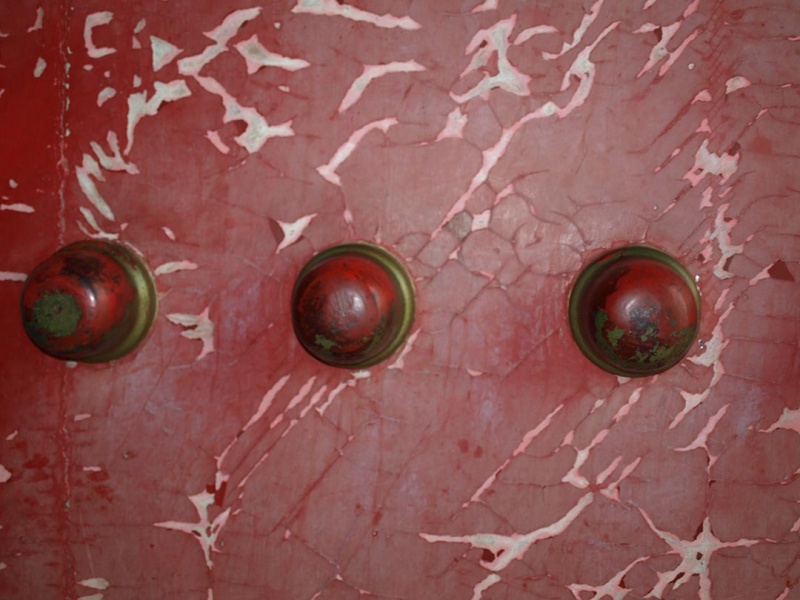 If you polled Chinese citizens about the biggest problems in China, I am willing to bet that a majority will have “corruption” on their list.

Corruption is a simple word, but it carries with it a tremendous amount of freight. Corruption doesn’t just mean that certain people are getting rich because of it. Corruption also means that if you aren’t corrupt, you’re being taken advantage of by those who are.

I don’t think it’s an exaggeration to say that most Chinese believe that if you are rich and powerful, you are almost certainly corrupt. 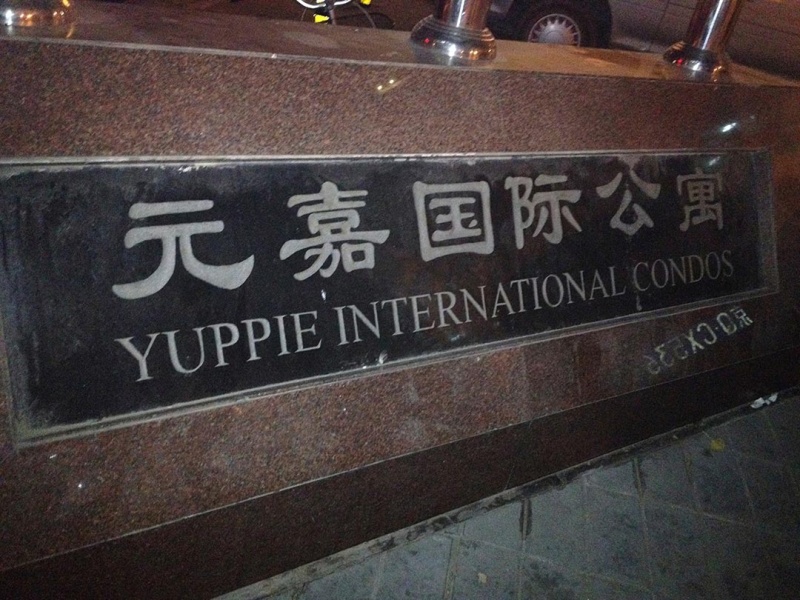 In fact, corruption is so embedded in the system that it’s not clear China’s bureaucracy can function without it (you’ll also want to read this great piece, “Booze, sex, and the dark art of deal-making in China”). 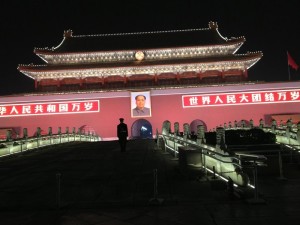 For these reasons, new President/CCP Chairman Xi Jinping’s anti-corruption campaign is both popular and regarded with a certain amount of cynicism in China. “Wildly extravagant” barely comes close to describing the over-the-top stashes of wealth that have been uncovered by the authorities in recent busts: Hundreds of millions of yuan (that’s tens of millions of dollars). Scores of houses. A solid gold statue of Mao Zedong. Jewelry, liquor and boats. But many suspect that these investigations are largely selective in nature, targeted at officials who opposed Xi Jinping and his power base. Indeed, when political rival Bo Xilai was prosecuted for corruption, some cynical Chinese netizens remarked that if this is all they’ve got— most of the case against Bo was made on kickbacks and bribes of a sort that are standard operating procedure for officials—Bo hardly rises to the level of corrupt village headman, especially when compared to the millions or billions that the family of former Premier Wen Jiabao made during his years in power.

And of course, current president Xi Jinping has his own alliances with billionaires. 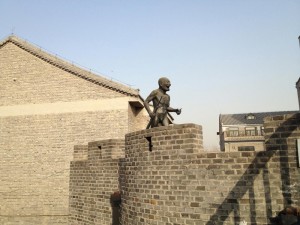 I suspect that Xi Jinping has a genuine desire to reduce corruption in Chinese officialdom, at least the sort of corruption that most directly impacts Chinese citizens: corruption in local governments that they must deal with every day. But I believe that the overarching issue is Party rectification: Officials who backed the wrong horse are vulnerable, as are the genuinely incompetent. Also, the Party members who too vigorously disagree with the current Party line. The CCP is far from monolithic when it comes to ideology and policy. A part of what we’re seeing is an attempt to rein in ideas that diverge too much from the center. And all of this is a means for Xi Jinping to consolidate his power, to an extent that has not been seen in China since the days of Mao Zedong.

I couldn’t resist dealing with some of these issues for the third book in the Ellie McEnroe trilogy, “Dragon Day.” It seemed like a logical topic to explore. Ellie’s path in the books has taken her from crashing in a dumpy apartment and working under the table at a bar, to alliances with some of China’s rich and powerful. But those kinds of alliances carry risks.

骑虎难下。Qi hu nan xia. Once you start riding a tiger, it can be dangerous to dismount. 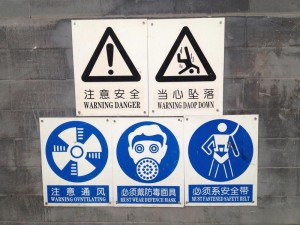 I was originally inspired by the bizarre case of Neil Heywood, a murdered British “fixer” with connections to one of China’s most powerful political figures before his fall from power, Bo Xilai. Bo Xilai came from Red royalty, the son of a prominent revolutionary family. Like many such sons, he was a teenage Red Guard during the Cultural Revolution, at times on the losing end of factional struggles. His family and current President Xi Jinping’s family have ties and grievances going back decades. It’s a fascinating story that says a lot about the structure of modern Chinese leadership, and if you’d like to learn more, I suggest John Garnaut’s short but very informative book, “The Rise and Fall of the House of Bo.” 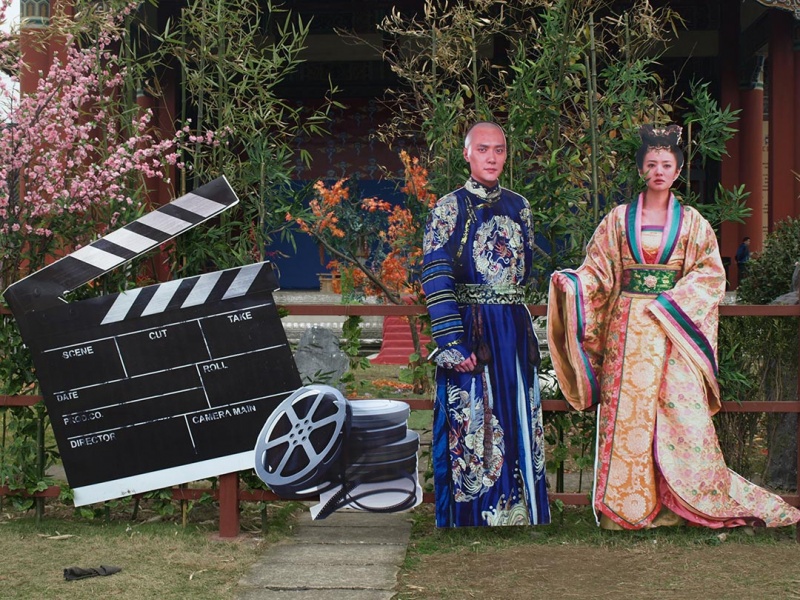 As the Neil Heywood case ballooned into an ever expanding maelstrom of scandal that ultimately helped take down Bo Xilai (I wrote a quick explainer of the case here. Be sure to read the comments; they add a lot to the conversation), I decided I couldn’t really use a fictional version of it for the Ellie book. It was too big, too specific and too weird. (Seriously, go to that link above to get an idea of just how strange it is) But the case of Neil Heywood and Bo Xilai did give me some assurance that nothing I could make up would be as improbable as the truth. 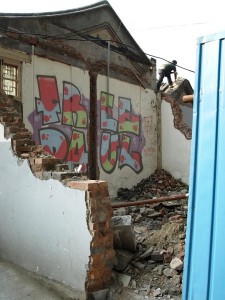 I’ve had a few people ask me what it feels like to complete a series, now that I’ve written the third volume in this trilogy about Ellie McEnroe. The truth is, I never meant to write a series in the first place. “Rock Paper Tiger” was a standalone in my mind. But two years after the book came out, I had an idea for another Ellie book. It felt to me that her story wasn’t finished. That book is deliberately open-ended, because I knew when I’d finished it that there was still more story to tell.

This book, “Dragon Day”, is an ending of sorts. I felt there were plot threads running through the first two books that needed to be drawn to some conclusion. I also felt that putting an emotionally traumatized character through a series of further traumas without some kind of break wasn’t realistic, unless you wanted said character to overdose or jump in front of a train. The other choice is to freeze the character where she is—have her do the same things over and over. I personally find that pretty boring. And I like to think that in spite of our very human tendencies to repeat our mistakes, we also have the capacity to grow.

I may come back to Ellie at some point, but I want to give her some room to grow, and I don’t know what that is for her yet.

I most definitely will come back to China. I can’t seem to help it.

More shots around town...this is a unique place...