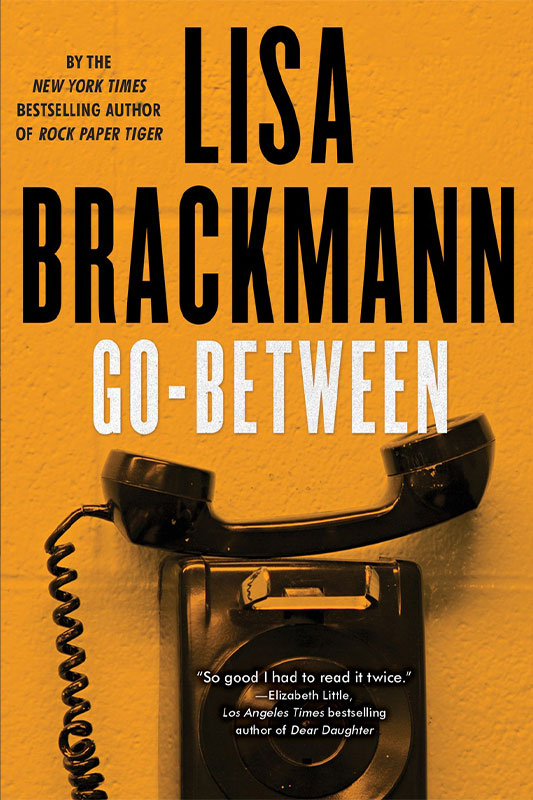 Emily has a pretty good life in Northern California, running her own bistro and living with volunteer firefighter Jeff. Maybe not the life she’d planned, but a pretty good one all the same.

Especially after what happened in Mexico.

When an old enemy tracks her down and blackmails her into helping him, Emily knows it will take everything she has to survive—including unraveling the puzzle of why he wants her to spy on “Safer America,” a political advocacy group lobbying for “tough on crime” measures.

She quickly discovers that “Safer America” is not what it seems.

But then, neither is Emily. 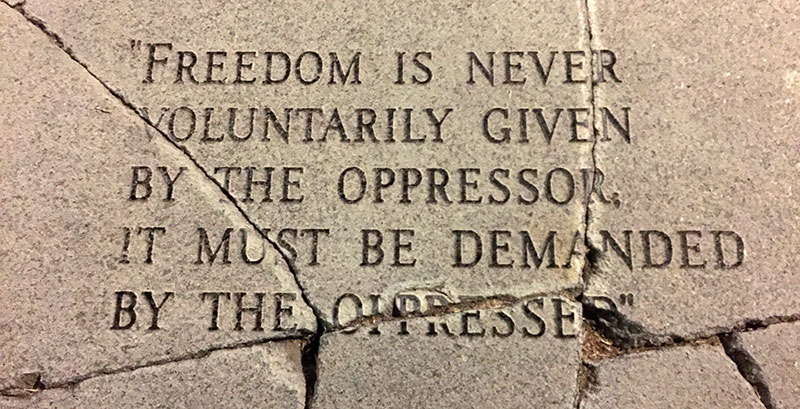 If you are the sort of person who absolutely, positively hates spoilers, and you have not read my novel GETAWAY and were planning to do so…GO NO FURTHER. STOP HERE.

So. Yes. GO-BETWEEN is in fact a sequel to GETAWAY. I will say that you really don’t need to read GETAWAY first to follow the story in GO-BETWEEN — the action picks up two years after the events of GETAWAY and the story is pretty self-contained. But if you were one of the people wondering what happened to Michelle after she flew away in that little airplane…well, this book will answer your questions.

Truthfully, I never planned on writing a sequel to GETAWAY. To me, it was a book that stood on its own. The last line to me was the ending, the message of the book: “We’ll land where we land, she thought. And I’ll take it from there. 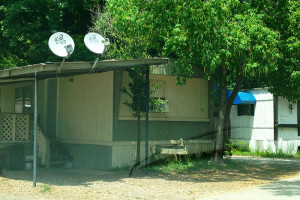 When your life falls apart, you play the hand you’re dealt and start over as best as you can.

So when my editor first proposed a GETAWAY sequel, my first reaction was, “No way! Why would I want to do that?” Then I sat with the idea a while. I realized, just as I had with ROCK PAPER TIGER, that there was still more to Michelle’s story. She starts as a person who had suffered a devastating loss and betrayal and gets trapped in a situation that is totally outside of her experience. What intrigued me was showing her at the other end of that rather steep learning curve.

This time around she knows what kind of people she’s dealing with. It doesn’t make her situation any easier, but it was a lot of fun showing her personal growth and increased savvy. I’d be careful about messing with Michelle, frankly. She can be mean.

I was also interested in looking at her relationship with Danny. They’d been thrown together by fate. Had they stayed together? How strong was their bond? And what happens if that bond is really tested?

Another reason to write a sequel?

I don’t often create outright villains, at least not in my books to date. Oh, I write plenty of bad guys, violent, dangerous people out to do my protagonists harm, but I don’t generally have an antagonist whose opposition powers the entire narrative. Gary has been the exception. And he’s a lot of fun. He just has such a great time being awful.

I love writing Gary. I’m not sure what this says about me.

What I needed was a story to fit all of these characters into.

For whatever reason, I’d become very interested in the U.S. prison industry: the “prison/industrial complex,” as it is sometimes called. For a while I had in mind a literary project that I wanted to call “The Prisons of California.” I had no idea what it would be about, mind you. I just wanted to write about the topic in some fashion. I’ll quote a passage from GO-BETWEEN here, because it’s all true:

“The prison industry in the United States is big. State and federal governments spend around seventy-five billion dollars a year on corrections. We’ve got a total inmate population of two point three million people, which in terms of both the number of prisoners and as a percentage of the population, is the biggest in the world. We’re five percent of the world’s population, and we have twenty-five percent of the world’s prison population. That’s right—we’re number one.”

There are plenty of businesses and people making money off the prison industry, but for me, for-profit prisons – companies that directly profit from the imprisonment of people – were something I had a hard time wrapping my head around. Wouldn’t such companies have an incentive to, well, put people in prison? To push for longer sentences and the criminalization of behaviors that might be better left outside of the criminal justice system?

It is also impossible to look at these issues without noting the disproportionate impact they have had on communities and people of color.

It struck me these questions were the perfect flipside of GETAWAY, which dealt with the malign impact of the War on Drugs in Mexico and corruption on both sides of the border.

It was time to take a closer look at the corruption on the US side. 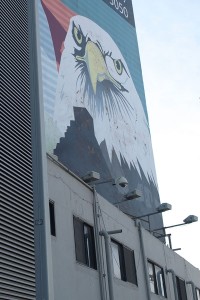 I had started to put GO-BETWEEN together in 2012, when marijuana legalization was a huge topic in California. We had an initiative on the ballot proposing to legalize marijuana for recreational use—and at first, it was winning.

Obviously, people profiting off the prison industry would not be in favor of legal marijuana, I thought. Illegal marijuana puts people in prison, which is what a for-profit prison industry wants, to keep those beds full. They’d probably be willing to spend a lot of money lobbying against any initiative that would decriminalize marijuana, or any initiative that would divert more people from the prison system. It stands to reason, right?

At least it does when you are writing suspense novels.

I only needed one more piece to get my story going—and that was the “lobbying” angle.

Another topic that had caught my attention in recent years was “Dark Money” – the use of unlimited funds in campaigns where the identity of donors is undisclosed. How does this work? In large part through the use of 501c4 organizations: “Social Welfare” organizations that are allowed to do political work. Donors to 501c organizations do not have to be publicly disclosed in any way (though California has recently passed laws requiring the disclosure of donors to the Secretary of State’s office in state/local elections – but this still does not apply to Federal races). Moreover, there is no limit to the amount that an individual can donate – and to top it off, donations from corporations are considered to be from a “Person.” 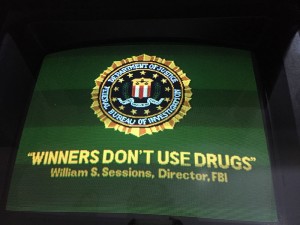 As Michelle discovers, “There were all kinds of ways to manipulate this…to shield who was advocating or attacking. One 501c4 could donate to another, which could then donate to another, and eventually to a 527 to directly support a candidate. A tide of Dark Money could be transferred from organization to organization, and no one would know where or who it came from.”

Scary stuff…but great for those of us writing conspiracy thrillers!

So there you go. Take Michelle, Danny and Gary. Add pot, the prison industry and a shady non-profit run by a likable but unstable woman. Stir in a community activist with an agenda of his own, and don’t forget to add a few operatives, drug runners, gang bangers, gun smugglers and a possible hit lady wearing a Tinkerbell charm.

I had a blast writing GO-BETWEEN. I hope you enjoy reading it!

More shots around town...this is a unique place...