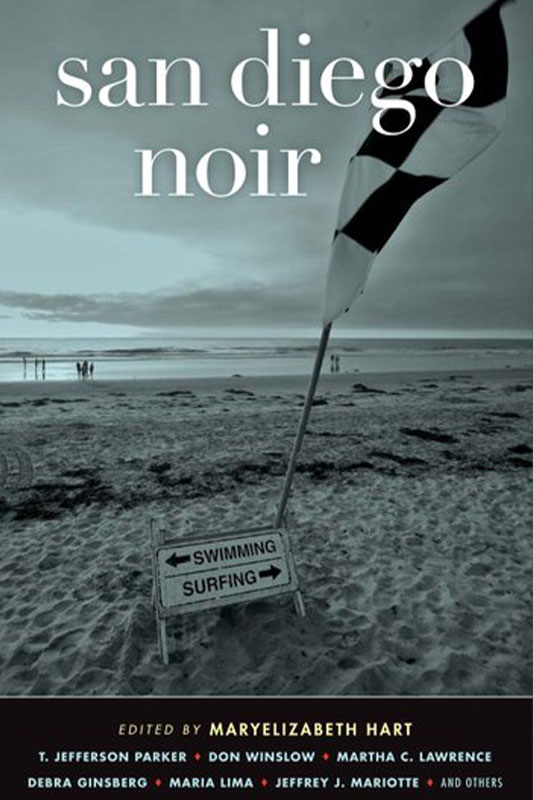 San Diego is home to miles of beaches, Balboa Park, a world-famous zoo, and some of the country’s most expensive home and resort real estate. Yet the city also houses a few items that aren’t actively promoted by the visitor’s bureau: a number of the country’s most corrupt politicians, border-related crimes, terrorists, and the occasional earthquake. A noir feast!

“…Other highlights come from…Lisa Brackmann, whose “Don’t Feed Our Bums” gets into the slowly awakening head of a brain-injury victim. Her last line is killer.

A couple of months before I was scheduled for an event for ROCK PAPER TIGER at the wonderful San Diego bookstore, Mysterious Galaxy, co-owner Maryelizabeth Hart emailed me to ask if I had any deep connection to San Diego. I wrote back, saying, “I sure do! Born and raised and mostly educated there, worked at the San Diego Zoo and still root for the Padres and the Chargers” (I am not a masochist—why do you say that?)

It turned out that Maryelizabeth was editing an upcoming volume in Akashic Books’ award-winning, critically acclaimed “Noir” series —to quote Akashic, “Each book is comprised of all-new stories, each one set in a distinct neighborhood or location within the city of the book”—and my hometown was up to bat!

I was really excited about this for a couple of reasons. First, while San Diego may not seem as exotic as say, Beijing, I still think the city is a really interesting and underutilized setting for fiction, and a lot stranger than it seems on the surface. Second, I knew the critical reputation of these books—they always have a group of fine authors with some real heavy-hitters included.

So I was thrilled to be asked. I was also, well, slightly terrified. I hadn’t written a short story since college, and that was * mumble, mumble * years ago. Writing is not an easy process for me anyway. I wasn’t sure if I could do it, particularly because I was about to embark on publicity for the ROCK PAPER TIGER release and had a bunch of travel for that planned over the summer. But I had to give the story a shot. 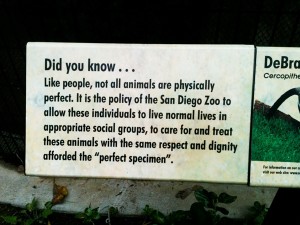 My first thought was to do something set at the San Diego Zoo, where I had worked for many summers and weekends through high school and college. I’d visited the Zoo a few times since moving to Venice but not in the last year or two, so the first thing I wanted to do was go there and check it out and see what had changed. I tend to be inspired by place, in any case, and the truth was, I didn’t have a clue what I wanted to write about.

About five minutes after I got to the Zoo, I realized that it had changed so much there was simply no way I could write a story from the perspective of someone who worked there, not without way more research than I had time to do. But maybe I could still use it as a setting. I wandered around to see what inspired me.

One area in particular that I found fascinating was the new Elephant Mesa, which featured recreations of extinct animals that had once populated Southern California and many reminders to visitors about the endangered status of so much of our wildlife and of the planet itself. Not all the guests seemed impressed by the exhortations to “Conserve, Reuse, Recycle”—I heard one mutter something about how global warming was a hoax. But I appreciated the San Diego Zoo’s sense of mission. One of the things I loved about working at the Zoo was that the organization does genuinely good work. I found the exhibit a little eerie and somehow poignant, a reminder of how man has affected the environment and not always for the better, and how everything passes, regardless of how invulnerable and eternal it might seem.

I had an inspiration, but I didn’t have a story. 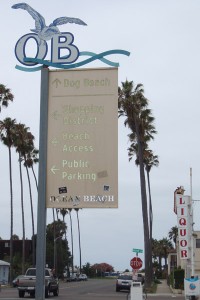 Then I read an article about Ocean Beach, a community where I’d spent a lot of time when I was younger. Ocean Beach is known for its tolerance and even embrace of alternative lifestyles. It was the first place I’d ever encountered a counter-culture, the first time I’d experienced that thrill of contacting something that felt slightly illicit, a little dangerous.

Also, OB was the beach where my family went most often when I was a kid, so I have a strong sense of nostalgia about the place as well.

The article was about the controversy surrounding the latest generation of transients to make their way to Ocean Beach, the actions of one shopkeeper and the polarized responses of Ocean Beach residents. This resonated with me because I live in Venice Beach, where we have many of the same issues raised by a diverse homeless population and how best to respond to the very complicated issue of homelessness and the resulting impact on a community.

So, two inspirations. Still no story.

I kept thinking about “noir,” and what that meant to me. I determined that the essence of noir was, “A man/woman meets a man/woman who is no good for him/her, and bad things happen.”

Somehow, from all of this, I came up with the character of Kari, a young woman recovering from a traumatic brain injury, who is trying to rebuild her life while dealing with a horrific loss that she can’t even exactly remember.

The result of all this is “Don’t Feed The Bums,” one of fifteen stories included in Akashic’s SAN DIEGO NOIR. Maryelizabeth has done a fantastic job collecting a diverse group of stories that cover the complexity of “America’s Finest City,” with an incredible roster of authors—I’m honored to be included.