And now for something completely different…

So, I have this past. As mentioned on my bio page, at one point in my life I was conflicted as to whether I should be a rock star screenwriter or a screenwriting rockstar. Or possibly Secretary of State. 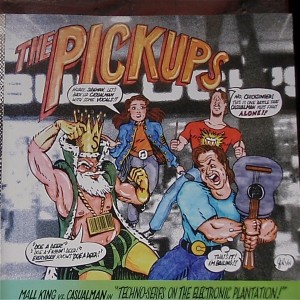 The front cover of our CD

Anyway, for a number of years, I had a band in Los Angeles, called the Pickups. I was the singer/songwriter/bassist. I played with some awesome folks, Tony Mandracchia, Todd Tatum and Dana Fredsti.

We played around town for over ten years. Had a lot of fun. Did some recordings, even. It was sort of pre-internet, or very early internet, so basically if you didn’t see us, or have one of our *gasp!* cassette tapes, and later, CDs, you never would have heard us.

Now, to quote the Six Million Dollar Man, we have the technology. And I thought it would be fun to share a little of stuff we did.

This song is the last song I ever sang in public. I sang it at an event in March 2003, a night of music at a club that doesn’t exist any more in Santa Monica, protesting the Iraq War. Heh. I wrote it long before that, but it still seems relevant enough. 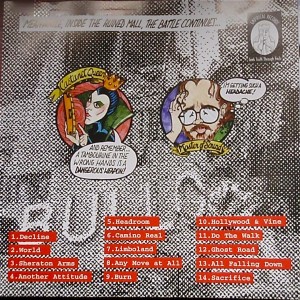 “A tambourine in the wrong hands…is a dangerous weapon”

One Response to “And now for something completely different…”