Hour of the Rat

Iraq War vet Ellie McEnroe has a pretty good life in Beijing, representing the work of controversial dissident Chinese artist Zhang Jianli. Even though Zhang’s mysterious disappearance of over a year ago has her in the sights of the Chinese authorities. Even though her Born-Again mother has come for a visit and shows no signs of leaving. But things really get complicated when Ellie’s search for an Army buddy’s missing brother entangles her in a conspiracy that may or may not involve a sinister biotech company, eco-terrorists, an art-obsessed Chinese billionaire and lots of cats—a conspiracy that will take her on a wild chase through some of China’s most beautiful and most surreal places. 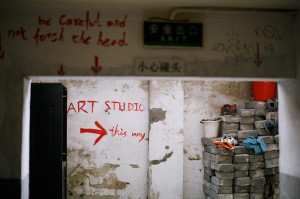 I had not intended to write a sequel to ROCK PAPER TIGER. As far as I was concerned, when I wrote, “End,” that was it – Ellie Cooper/McEnroe’s story was complete.

But after I finished GETAWAY (another book that I was absolutely certain was a stand-alone – a sequel? What could that possibly be about?), I started thinking about Ellie, where I’d left her, about some loose ends that could be picked up, and about China. I’d hardly begun to scratch the surface of the complexity that is contemporary China; moreover, I’d been back about a half-dozen times since I’d written ROCK PAPER TIGER, and I felt that these new experiences could bring greater depth to a new Ellie book. There were so many places to explore, so many stories to tell.

In particular, I was interested in environmental issues in today’s China. In many ways, China’s turbo-charged modernization is an amazing success story, but that success has come at a huge cost. Unchecked development has devastated China’s environment. China’s cities are some of the most polluted in the world, with lung cancer and other respiratory diseases a leading cause of death among urban young people. 79% of China’s rivers are effectively dead. Food contamination is rampant, from pollution, from overuse of pesticides, and worst of all, from unscrupulous manufacturers willing to cut corners and add all manner of fillers and poisons to food products to increase their profits. Stories in the Chinese press abound of such practices, of adulterated milk powder that caused kidney failure in infants, cooking oil reclaimed from sewers, cough syrup deliberately contaminated with an ingredient from radiator fluid, chickens fed with mineral powder to increase their weight, even “fake eggs.” Food safety is such a huge concern that high-ranking officials have their own organic farms so that the quality of their food is assured. Ordinary Chinese aren’t so lucky. 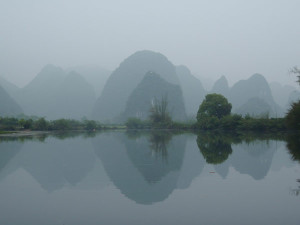 Many in the West tend to think of Chinese as passive and uninvolved when it comes to politics, and while it’s true that the CCP does not look kindly upon activities that threaten its monopoly on power, Chinese people have been very vocal when it comes to environmental issues. Many of the approximately 180,000 “mass incidents” in China last year were provoked by pollution or other environmental concerns. Tens of thousands of people have protested polluting factories in places like Ningbo and Xiamen. These are issues that unite poor peasant farmers and well-to-do urban dwellers alike.

In the United States, we have our own environmental problems to contend with. I was interested in the impact of our industrial agricultural system, which really resembles manufacturing more than it does farming. For all the high yields these practices may have produced (and in fact these gains may be greatly overstated), they’ve also come with some serious and frightening consequences.

I was particularly concerned with GMOs, genetically modified organisms. These products are created by a process where unrelated genetic material is inserted into a plant or even an animal to create something with desirable properties that you’d never find in nature. Corn that contains a pesticide in every cell that explodes the stomachs of bugs. A tomato with a fish gene that keeps it from freezing. GMOs are not labeled in the US (and corporate agriculture spent millions of dollars to defeat a proposed labeling law in California this past November) and are in nearly all the processed food we eat—in our fast foods, our soft drinks, our cereals, our cooking oil, our packaged, “convenient” meals.

Because we are dealing with such a broad range of products, it is difficult to generalize overmuch about them, though there is evidence that some GMOs are not as nutritious as their “natural” counterparts and also increasing evidence that the glyphosate herbicides with which many are designed to be used are not as safe as promised. But what I found alarming about the issue is the agricultural system in which GMOs are embedded. The same companies that make GMOs also make the herbicides and pesticides that go with them. This has lead to an increase in the use of herbicides and pesticides and also, in some cases, crop monocultures that are truly alarming (for example, some 90% of all soy grown in the US is GMO).

Combine this and the lack of food industry safety in China, and, well…a conspiracy thriller is born! 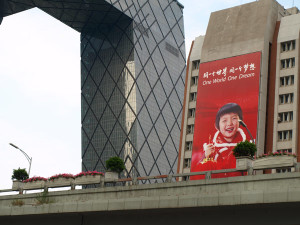 Heavy stuff, right? But as I was writing HOUR OF THE RAT, I referred to it as “a light-hearted romp through the environmental apocalypse,” and I like to think that’s an accurate characterization. I find absurdity funny sometimes.

Also, in spite of the widespread environmental devastation, China still contains some of the most stunning landscapes on earth. There are few places on the planet that can rival Yangshuo’s unearthly beauty, or Dali’s combination of gorgeous scenery and picturesque traditional architecture. I wanted Ellie—and the reader—to experience this other side of China—even if Ellie doesn’t get much of a chance to enjoy it…that’s the downside of doing battle with international conspiracies…

Around the harbor... #eurekacalifornia #havefound