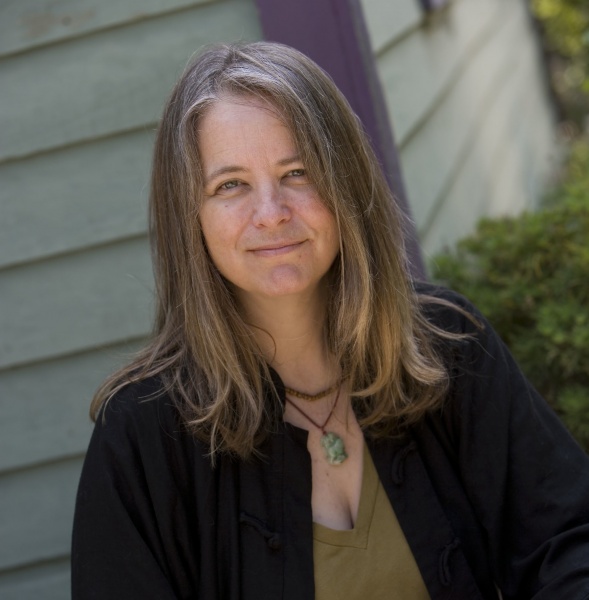 Lisa Brackmann is the New York Times best-selling author of the Ellie McEnroe novels set in China and the thrillers Getaway and Go-Between. The first Ellie book, Rock Paper Tiger was one of Amazon Top 100 Books of the Year and a Top 10 Mystery/Thriller. Hour Of The Rat, the sequel, was shortlisted for Left Coast Crime’s international mystery award and was nominated for the Anthony Award for Best Audio Book. Dragon Day, the third novel in the Ellie McEnroe trilogy, was a Seattle Times Top 10 Mystery of 2015 and was short-listed for a Lefty award. Getaway was an Amazon Best Book of the Month and a finalist for SCIBA’s T. Jefferson Parker award. Her latest novel is Go-Between, “a terrific noir tale that channels Richard Stark’s stories” and a “Hottest Summer Books” selection from the Minneapolis Star-Tribune. Black Swan Rising, her new book about misogyny, mass shootings, and polarized politics, launches Sept. 8, 2018. Her work has also appeared in The Wall Street Journal, Travel+Leisure, Salon, Los Angeles Review of Books and CNET. She lives in San Diego with a cat, far too many books and a bass ukulele, and she’s playing in a band again after a 17-year break. (you can hear some of the music she used to make here)

A little more about me

I’ve been writing since I was aware there were such things as words and books. My first attempt at a novel came at the age of five. It was to be an epic tale of cats who went camping. Unfortunately, I did not know how to spell “tent,” resulting in my first case of writer’s block.

After that, I decided that I’d rather be an astronaut. This lasted through most of elementary school (my nickname: “Lunar Lisa”). By junior high I’d adjusted my career sights to what I felt was a more realistic goal: Secretary of State.

I stayed fairly focused on this notion of studying foreign policy and joining the Foreign Service through high school and well into my freshman year at college. But stuff tends to happen at college that shakes a person up. I realized that I had a need to express myself creatively. I decided to study film and become an incredibly famous and wealthy Hollywood screenwriter.

Then came the unexpected: I found myself in China shortly after the Cultural Revolution, at the beginning of Deng’s reform era. It was a setting so alien, so unfamiliar, with virtually nothing from my own culture there as touchstones (well, except for the ubiquitous popularity of the film “Sound of Music” and then the bizarre appearance of “The Man From Atlantis,” a failed TV show set in my hometown San Diego and starring Patrick Duffy) that I pretty much accepted China for what it was – I wasn’t going to waste a lot of time trying to understand something that was beyond me. It wasn’t until I returned home that I experienced culture shock – mainly because I’d changed and what I’d come home to hadn’t at all.

As a result of this profoundly unsettling experience, I decided I was going to be a famous screenwriter and a rock star.

After a few years of college, I drifted north to Venice Beach and Los Angeles. I did play in a band, and I did write a bunch of screenplays/teleplays, with little material success in either endeavor. But I had fun, learned a lot, made great friends, and did some of what I’d set out to do.

Somewhere along the journey, I realized that I preferred writing novels to screenplays. I wrote a couple of very long books for fun and practice, and then the novel that would eventually become ROCK PAPER TIGER.

My then-agent, the awesome Nathan Bransford of Curtis Brown Ltd. found a wonderful home for ROCK PAPER TIGER at Soho Press, who published the book in June 2010. After Nathan left publishing for an exciting new career in social media (and his own career as an author), my awesome new agent, Katherine Fausset (also of Curtis Brown), sold my second novel, GETAWAY, to Soho. GETAWAY (Soho Press, 2012) is another existential thriller, this one about a woman whose Mexican vacation goes very wrong when she’s caught in the crossfire of drug cartels, economic collapse, and corruption on both sides of the border. Both books are available in the UK from HarperCollins UK, under the titles YEAR OF THE TIGER (Spring 2012) and DAY OF THE DEAD (TBA).

My third novel, HOUR OF THE RAT, which I like to call “a light-hearted romp through environmental apocalypse,” features the return of ROCK PAPER TIGER’s Ellie McEnroe and a few other old friends (foes?) from ROCK PAPER TIGER — with a special guest appearance by Ellie’s mom…

Number four is the final (for now) Ellie McEnroe book, DRAGON DAY. It was a hard book to write. Ellie’s story is a dark one, and her journey takes her to some dark places. If I wanted to be true to the character, there was just no way to avoid that. I am very proud of the book (though using blood for ink is something that I am going to try and avoid going forward).

My fifth book, GO-BETWEEN, was probably the most fun I’ve had writing a novel to date. It continues the stories of some of the cast of GETAWAY, including…well…you’ll just have to read it. You can find out more about the book here.

My latest book is BLACK SWAN RISING, a standalone about politics, paranoia and San Diego craft beer. It publishes Sept. 8. Not the easiest book to write, and I really didn’t intend for it be quite as relevant as it ended up being. But I needed to write it. I think the subjects of BSR are extremely important and things we as a country absolutely have to deal with. Which is not to say it’s a didactic book–I think it’s pretty dang suspenseful. In fact, I scared myself writing it! I hope you’ll check it out.